Plaintiff, daughter of the Decedent, filed a Complaint claiming that certain family members and business associates of her father unduly influenced him to disinherit the Plaintiff. The lower court found no undue influence, but awarded her attorneys’ fees. On appeal, the Appellate Division affirmed the lower court’s finding that no undue influence occurred, but overturned the award of legal fees to the Plaintiff, as no reasonable cause existed to contest the Decedent’s estate plan.

Decedent died with an Estate of over $90 million. He was survived by his third wife and two children, the Plaint Plaintiff was estranged from her father for many years due to litigation filed by the Plaintiff pertaining to five properties that Decedent had gifted to her. Her brother, the Defendant herein, tried to dissuade his sister from suing the Decedent, as he would disinherit her. Plaintiff went ahead with the law suit and Decedent indeed disinherited her. Plaintiff won the suit against the Decedent, who was ordered to pay her $1.5 million. Decedent ceased speaking to her, as did her brother.

Plaintiff sued Decedent civilly under the RICO statute, having him arrested. Decedent also kept a list of all the things his daughter did to him all the years, and ready just prior to his death, claiming that he would not change his Will. Decedent executed consecutive Wills in April of 1991, another one several months later, and another Will in September of 1997, all disinheriting his daughter. On June 16, 1999, Decedent executed another Will, naming his son as the sole residuary beneficiary, stating that he made no provision for his daughter. The signing was taped, and Decedent expressed his clear intentions to disinherit her. Decedent’s son had nothing to do with the Will and did not attend the signing.

Plaintiff claims that she reunited with Decedent in 2000. Decedent’s attorney testified that despite some meetings between Decedent and his daughter, Decedent clearly intended to disinherit her. He also testified that Decedent was strong willed until the end and that there were never any signs of influence by anyone over the Decedent. Decedent signed a Codicil in October of 2000 reaffirming his intention to disinherit his daughter. His health was deteriorating but not his mental state, and on April 6, 2001, signed his final Will, again disinheriting his daughter.

Decedent died in 2002 and Plaintiff brought suit. Relying on the strength of the testimony, the contents of Decedent’s Wills, and the fact that Decedent remained strong-willed until the end, still going into work, the lower court held that no undue influence occurred, but awarded fees. On appeal, the appellate court upheld the dismissal of the Complaint but overturned the award of fees, finding Plaintiff’s had no reasonable cause to contest the Will. Decedent’s intentions were clear. Plaintiff had nothing more than “hope” that the examination of witnesses would uncover some wrongdoing, and that is not enough to satisfy the reasonable cause standard in awarding fees. 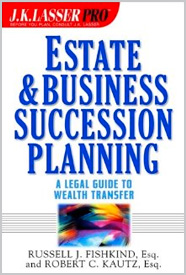 Choosing an attorney to represent you in an estate litigation can make a world of difference in whether a case is destined for a swift resolution or mired down in the legal process and the attendant fees and costs associated with a lengthy litigation process. Our firm has handled numerous cases throughout New Jersey and New York involving Will contests, disputed accounting actions and estate administrations. We pride ourselves on achieving just results in an efficient and cost-effective manner.